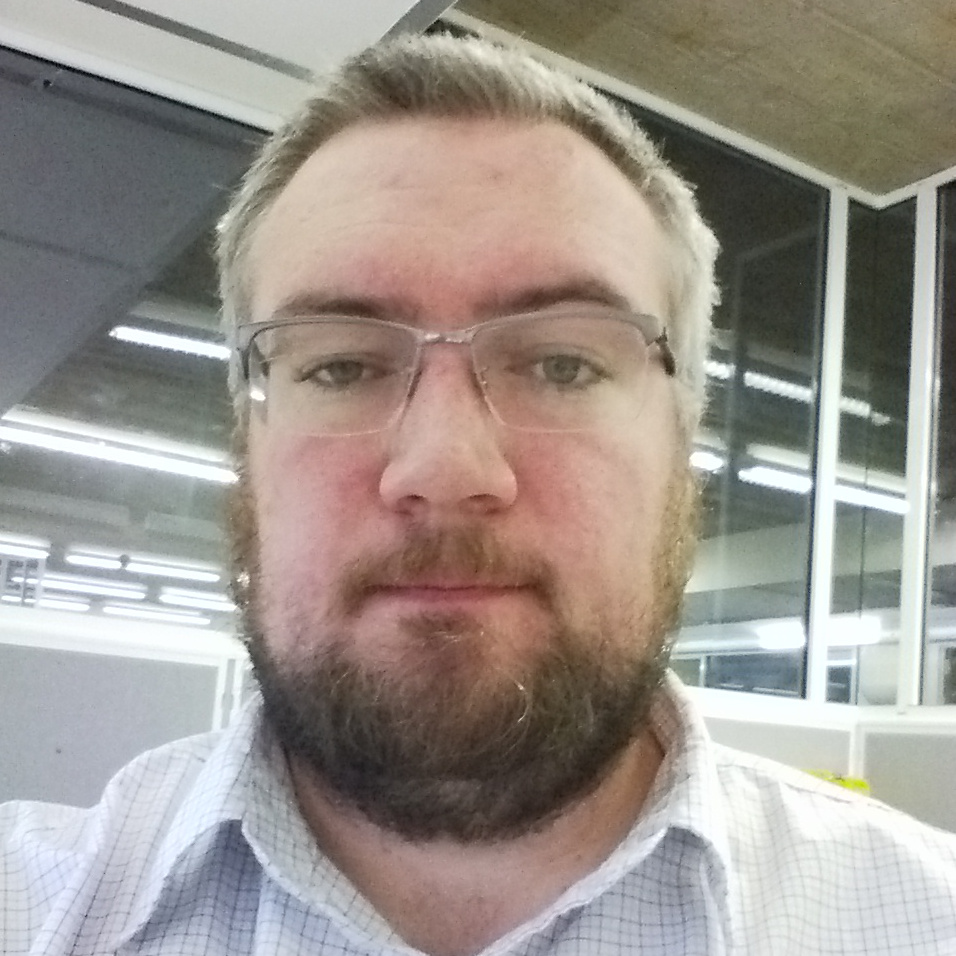 Welcome to my home on the internet! Everything here is free under the Creative Commons Attribution 3.0 license unless marked otherwise.

This site contains various pieces of writing across my various interests.

Thanks to Paul Fenwick for doing all the hard work, you can fork his original site on github, or my version (this site). Please feel free to send pull requests for bugs!

I’ve managed to string up an 80m Off Centre Fed Dipole over the weekend, I managed a contact to Kentucky, USA, on 20m, and got a 59 report with my 100W and his gigantic yagi of doom! Also had a half dozen SOTA contacts on 40m and 20m over Sunday afternoon, so it’s fair to say it works!

I had taken some photos, but it’s actually really hard to see it in them! It’s just some wires running through the trees.

Last night I spent some time with the local club’s MFJ analyser (Thanks Gilbert!) and got an SWR graph of the antenna as installed:

Woooo! Pretty excited, i had a day off yesterday, and in the afternoon thought I’d have a bit of a play with radios, and finally got a good DX SSB contact with my 5W OzQRP MST2. I managed to get to Europe, Coray France to be a bit more precise. It was with Frank, F5PAU, he’s running 1KW into a yagi, a pretty impressive setup!

I had a bit of fun on Saturday with the wia’s Rememberance Day amateur radio contest.

Now that I know a bit more about antennas and why using a dipole in a yagi isn’t so good, I decided to build a new one, following the WA5VJB’s designs found on his website.

After passing my Advanced exam a few weeks ago, I’m now known as VK1ATP! Hope to hear you over the air!

Today was the VK1 (And most of the rest of VK!) SOTA party, and I did my first ever activation on Mt Ainslie, VK1/AC-040, and had a bit of fun! I learnt just how far down the hill the activation zone starts, 25m altitude is a bit further than I thought!

Here’s my chair at the summit pole, the end fed antenna is strung up in the trees to the left.

Had a bit of a quiet weekend, didn’t get a huge amount of radio stuff done, instead mostly housework, looking after the kids and on call work!

However, I got my dummy load built:

Well, the soldering is finished anyway! Still have to find a box, get all the connecting hardware, shield the oscillator, and build the L-Match circuit (and maybe the fine tuning circuit, and RF pre-amp).

Have got my Beach40’s mic amplifier in, and tweaked the carrier suppression via the balance pot and cap. I’m managing a carrier suppression of 24 dB, which i don’t think is too bad for a first time homebrew build, but I do need to get some non-capacitative flathead drivers, would make these things a bit easier!

This site is ad-free, and all my writing can be modified and re-used under a Creative Commons Attribution 3.0 license. If you wish to support me making creative works and giving them away for free, then I welcome tips on PayPal, GitTip, Flattr, or Litecoin (Lbwnx4GoocEBbTimdQDhRhTg6mthCzBU7R).

Everything on this site is free for you to use under the Creative Commons Attribution 3.0 license.